by kjetil
This time, most work has been put into the sequencer. The biggest new feature is horizontal and vertical indicator lines to help editing: 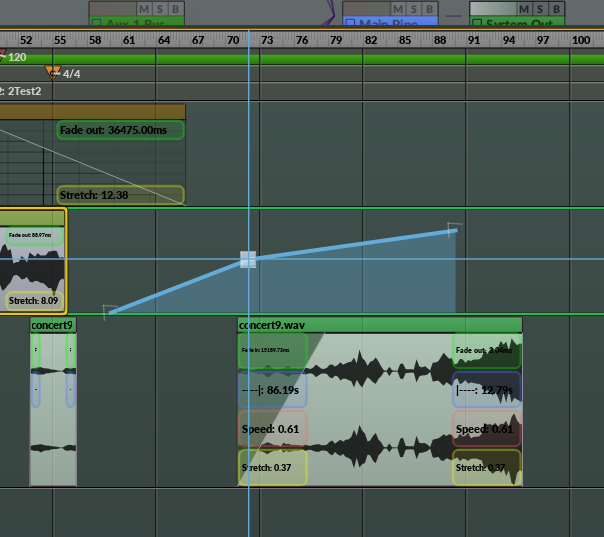 The most important bug fix is to make CTRL + S save song again (Ctrl+S was overridden by a different function). Another bug fix is making auto-crossfades work when changing interior start and stop values on audio files.