Besides a couple of important bug fixes and various new minor features, this release contains lots of keybindings for the mixer and the sequencer.

Another improvement in the mixer is that selected sound objects are painted with a red border (the color is configurable): 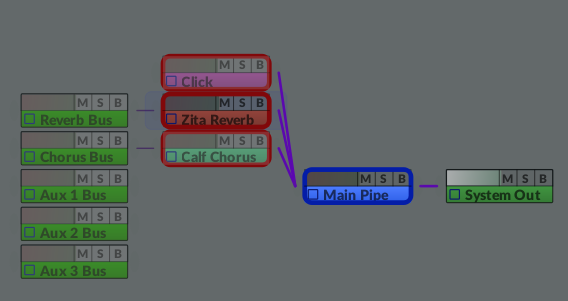 Note that due to unfortunate naming of earlier colors, the red color might show up as blue (same as current sound object) if you have edited the colors manually, so you might have to correct that in preferences.

And finally a heads up to anyone using the API functions setInstrumentSolo, setInstrumentMute, or setInstrumentBypass. The order of the arguments for these three functions unfortunately had to be switched, so you might have to edit your keybindings or custom scripts if you are using them. This type of thing should not happen often.