This release has lots of improvements, especially for swing, the pianoroll, and the manual. Most improvements this time has been for the editor.

Selected notes can be moved simultaneously, and it's also possible to change the start position, pitch nodes, and end position of all selected notes.
What's missing is cut/copy/paste/delete/transpose/etc. selected notes. How to do such operations needs more thinking. I'll probably end up combining "range" and selected notes somehow, but I don't know yet. 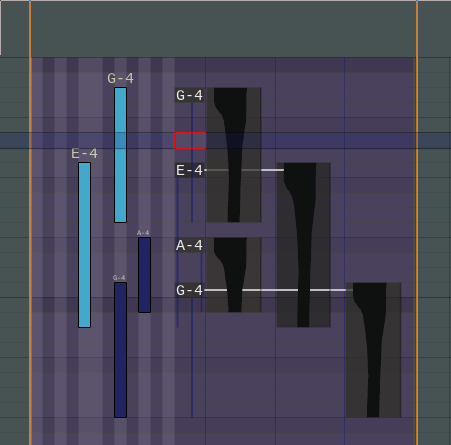 More options for Swing in the song properties window: 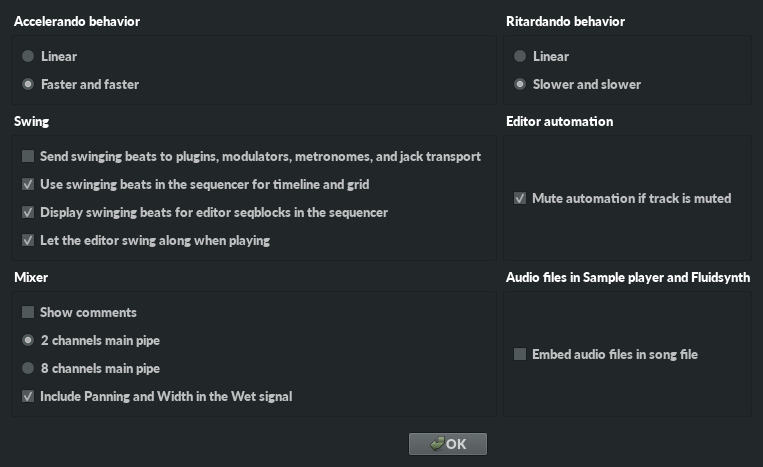 The most notable bug fix this time is for fixing mouse hovering in the editor on MacOS. After Radium 5.9.86, graphical elements has not been highlighted when mouse is above them, and information has not been displayed in the status bar. This bug was introduced in 5.9.86 when adding another workaround to prevent Apple's OpenGL library in macOS 10.14 and 10.15 from crashing in some situations. The fix does not remove this workaround.